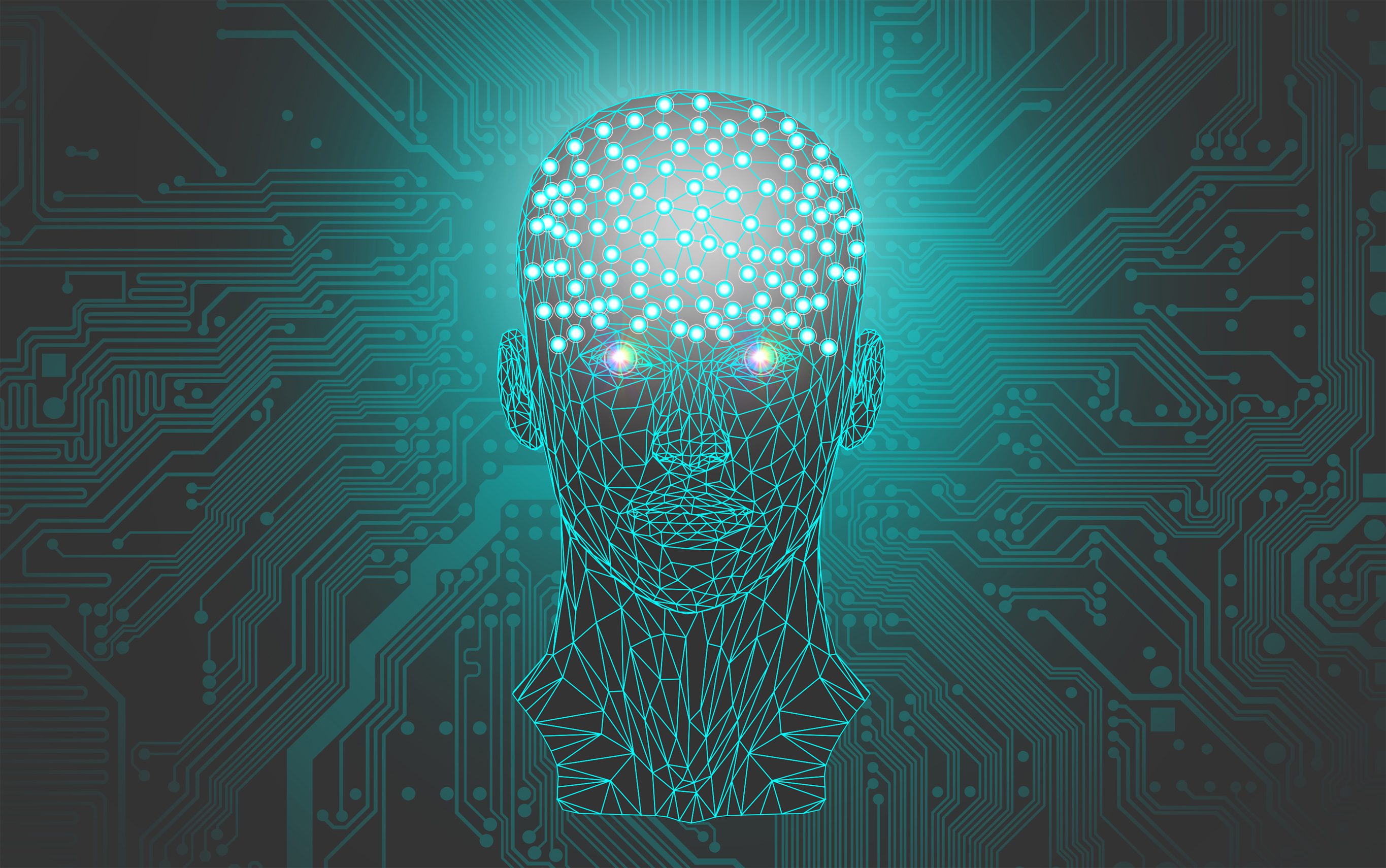 The State, Use and Future of AI

Some of Singapore’s top IT chiefs attended the CIO Asia Academy-Dell EMC Executive Lunch Briefing devoted to examining current implementations of Artificial Intelligence (AI), including Machine Learning (ML), in public and private enterprises, and its proposition for all moving forward. The delegates shared freely their concerns and ideas—making for a highly interactive session from beginning to end.

Aware of the complex issues around AI adoption and application in industry and the rest of the world at large, CEO of CIO Academy Asia, P. Ramakrishna, took special pains to frame the discussion. He began with a quote by Klaus Schwab, Founder and Executive Chairman of the World Economic Forum about the Fourth Industrial Revolution (FIR) that the world is going through now. One that “is characterised by a fusion of technologies that is blurring the lines between the physical, digital and biological spheres,” wrote Schwab two years ago.

We are already part of it, said Ramakrishna. “We’ve heard a lot about how the digital and the physical worlds are coming together. And we are beginning to hear more and more about their integration with the biological world,” he said.

The FIR throws up special challenges for every organisation and leader across all industries and sectors, Ramakrishna noted. “Everything’s about convergence today. Nobody works in silos anymore. There’s a huge convergence across industry verticals and across technologies,” he said.

Convergence across industries means enterprises have to look into more seriously and act on mass personalization and mass customisation for their customers, which then requires their IT to give their business the information they need to “ensure that whatever product and service they deliver is exactly what the customers want,” said Ramakrishna. “As for the convergence of technologies—that means your conversations are by necessity always about various technologies working together, and never about one working in isolation. For instance, a discussion about AI cannot be about just AI and algorithms, but rather, how AI can work with the data your organisation can get through IoT [the Internet of Things], mobile devices and so on.”

Homing in further on the subject of the day, Ramakrishna cited two key findings from the latest latest research by Microsoft (Maximising the AI Opportunity) on the preparedness of British companies to adopt AI in their business. “Forty-one percent believe their current business models will no longer exist in the next five years due to AI,” he said. “Yet, 51 percent of their business leaders do not have an AI strategy in place.”

“So why the slow response, why the hesitation? It’s difficult for me to accept that,” said Ramakrishna. “I hope to hear from our experts today–both our speakers and the attending technology leaders–about how far they have gone with AI at their organisations.”

Before handing over the floor to the first keynote speaker of the day–James Kang, Founder and CEO of Amaris.ai, a deep learning AI firm in Singapore – Ramakrishna also said that delegates should steer clear of highly contentious issues, such as those to do with the ethics of AI and its application in the real world, as there was simply not enough time for any discussion encompassing them.

From Rules to Data to Self-Learning and Self-Validation

James Kang, CEO and Founder of Amaris.ai, began his presentation by giving the audience a retrospective of the early days of AI. “It is about models. The early model was ‘rule’-based. When IBM’s Deep Blue defeated Garry Kasparov [in 1997], it was a rule-based model at play. What they did was program all the ‘rules’ of grandmasters, including Kasparov himself, into the system,” he said.

Kang went on. “A few years ago, Deep Learning came in. So instead of ‘rules’, you pump in data. The more it reads, the more it understands. The more content you pump in, the more accurate its answer will be—with accuracy approaching 100 percent certainty,” he said. “This is the new generation. The chatbots that many of us implemented previously were still ‘rule’-based. They cannot compete with this because this can scale and if you miss anything in between the ‘rules’, this can handle it.”

We have gone even further, much further with AI, said Kang, pointing to two even newer technologies concurrently being developed and/or being used.

One is reinforcement learning. Kang talked about this with reference to AlphaGo Zero, the latest Go-playing piece of software by Google AI subsidiary Deepmind. AlphaGo Zero is entirely self-taught: it was just given the rules of the game of Go and set to play against itself on the day it went ‘live’. After three days of self-play, AlphaGo Zero had mastered the game sufficiently in order to trounce its predecessor, AlphaGo AI, by 100 games to nil. (For a better appreciation of this feat: the AlphaGo AI, also by Deepmind, which used a dataset of more than 100,000 Go games as a starting point for its own knowledge, defeated 18-time world champion Lee Se-dol by four games to one in 2016.)

Another is Automated Machine Learning (AML), which automates machine learning tasks, making it possible for AI to develop models by itself. “We have tested some of these and they are very good,” Kang said.

The last major development that Kang highlighted was that of Generative Adversarial Networks (GANs), which involves two competing artificial neural networks¬: one generating paths or solutions and the other evaluating them. Kang showed it in application in the creation of a video simulating how a Singapore cityscape would look in the event of a typhoon. It looked authentic.

Kang shared what he has learned and affirmed in the 10 months he has spent running his AI company. He urged the audience to not only think different when it comes to AI, but also to think bigger. “A lot of people think AI is about attacking a single problem with a single-faceted kind of solution,” he said. “It’s not. For your AI solution to be world-class, robust and industrial grade you have to have a swarm of bots. We typically look at 10 or 20 bots doing just one thing, with different algorithms.” That delivers exceptionally better and faster results, he said.

He also stressed how critical it is to never forget that “data is still king” and to appreciate that “there is an acute shortage of good data scientists, globally.”

Kang then went on to talk about use cases, starting with those instances that threaten to render certain jobs redundant, including the cases of chatbots replacing customer service personnel, drones replacing deliverymen, physical robots replacing warehouse staff, and even bots replacing radiologists. ““How good is a radiologist? It would depend on the experience he has, which is related to how many medical images he has seen in his lifetime. So how many would that be for him, 30,000 to 50,000? An AI bot in one day can read a million of these, more than his lifetime many times over. How can you compete with a bot? This is gone, you cannot beat the bot,” he said.

Does that mean that the future of jobs is all doom and gloom due to AI? “In every revolution, where jobsare replaced, there are new ones created,” said Kang. What that means is we need to think out of the box and reallocate human resources in adjustment.

The second keynote by Christoph Theisinger, VP, SE, AP & Japan at Dell EMC, served to remind the audience that the lifeblood of every organisation is data, and stressed the importance of having the ideal platform of management and storage for the vast amounts of data gathered and generated by their systems for AI to be effective.

One key overriding message, completely off one of Theisinger’s slides, reinforced Kang’s earlier comment about the sheer importance, value and impact of data in any AI deployment: “Simple algorithms with lots of data will outperform sophisticated algorithms with less data.”

Theisinger talked about some of the successful AI deployment among his customers. There is Mastercard, which handles 160 million transactions an hour to which 1.9 million rules be applied to protect against fraud. One particularly fascinating case is that of the Commonwealth Scientific and Industrial Research Organisation, an Australian federal government agency, which is developing a bionic eye using AI.

And yet another success story is that of AeroFarms, which operates four indoor vertical farms in Newark, NJ, USA. “They started using AI to monitor the health of every plant they grow, and made productivity gains of up to 390 times of previous levels as well as reduced their use of water by 95 percent,” he said.

Dhana Damodaram, MD and CTO, APAC & EMEA Global Consumer Technology at Citi–who joined Theisinger and Kang on stage for what turned out to be a highly interactive Panel Discussion–kicked things off with a citation of recent and current instances of AI application and experimentation in financial services. Among them is the use of AI by a financial institution in China to evaluate the trustworthiness of a customer requesting a loan via his mobile before automatically moving him further along the loan process or routing him to an actual person for closer examination. “By using this technology, they are able to come close to 99 percent accuracy in decisions around loan approvals,” said Damodaram. “That makes it easier and faster to see every time if you are giving the loan to the right person for the right purpose, and it helps when you work out the likelihood of getting the money back.”

Theisinger was asked about the typical successful business use cases he has encountered so far. “We see three areas where customers innovate. The first is around offering a different or better user experience,” he said. “The second is about using AI to work with data generated by existing processes in order to improve product or service quality or to make more money et cetera—a lot of innovation is being generated right now from this type of use case. And the third area is about AI-enabling a product or technology in such a way that makes it essentially service-free—which is something that the customer almost demands nowadays.”

Kang was asked what typical challenges he has seen user organisations face as they embarked on their AI journey. He pointed to how AI “is very new” and how a lot of time needs to be expended on educating business leaders. “One of the biggest problems we face is, sometimes they are OK. They tell you: This is what I want, I can see this is good for me…But they’re still really trapped in their old paradigm,” still thinking in relatively old terms, such as those for approaches to project/software development management–Agile, Scrum or Waterfall, he said. “

The program wound down with the panelists and delegates exploring issues such as security, barriers to AI adoption and various factors that can take AI to mainstream success.

Leaders’ Role in a Data-Driven Economy

Business Agility, The Cognitive Edge for the Digital Economy