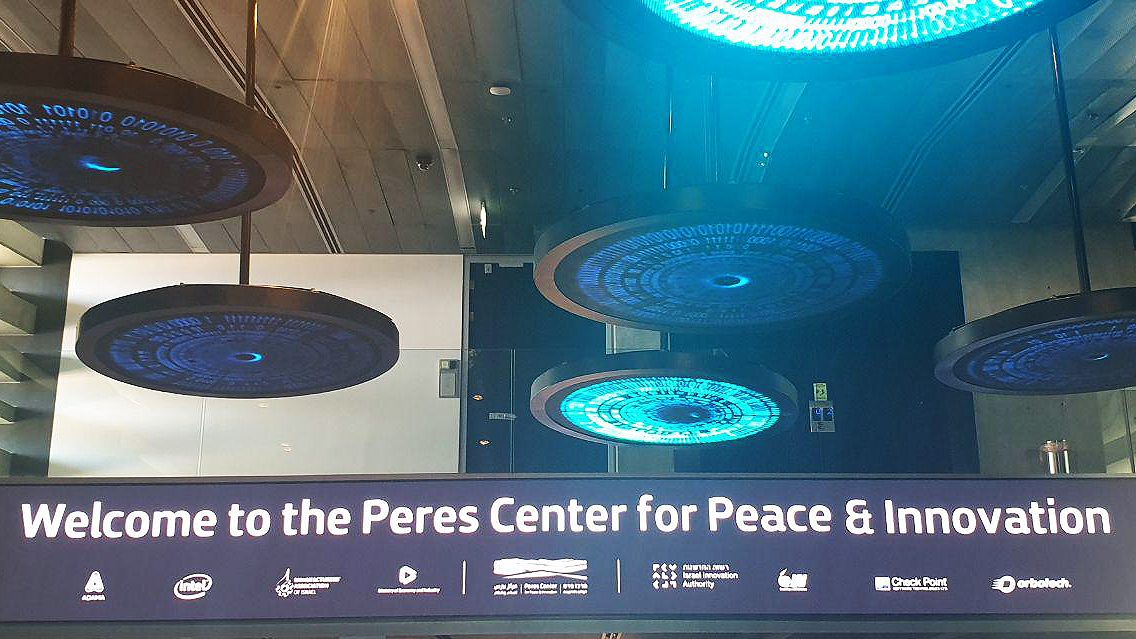 Is there a secret sauce to Israel’s innovation juggernaut? Yes. It can be boiled down to 3Ts & C: Teach kids innovation right at high school. Take risks while dreaming big. Tolerate failure to the point of making it a highlight for success. C for chutzpah or audacity, courage, can-do attitude.

Chutzpah derives from a Hebrew word that means insolence, audacity, daring-do. The original Yiddish word has a strongly negative connotation. But the current word, particularly in business parlance, refers to the amount of courage, mettle or risk that a person has the audacity to take.

“Some high schools in Israel now offer students a chance to major in innovation,” said Stacey Fassberg from the Peres Center. “My 14 year old son in eighth grade has joined the program.” Her older son, who’s now in military training, mandatory for all 18 year old boys and girls in Israel, didn’t get that opportunity because innovation as a subject was recently introduced.

The Peres Center is a temple to startups, showcasing innovative works from companies that dream big – and some even achieve lofty goals. One of them is Mobileye, an Israeli startup that develops vision-based advanced driver-assistance systems for autonomous cars. In March 2017, Intel paid US$15.3 billion to acquire Mobileye, the largest acquisition of an Israeli firm so far.

The Peres Center for Peace and Innovation was set up in 1996 by the late President Mr Shimon Peres to nurture and highlight Israeli innovation. The President’s son, Chemi Peres, is now the Center’s chairman. He’s also the co-founder and managing partner of Pitango Venture Capital, Israel’s largest VC fund, and former chairman of the Israel Venture Association.

Here’s a sneak peak at some innovative technologies on display at the Peres Center:

SpaceIL aimed to land the first Israeli spacecraft on the moon. Everything went well except during the last 10 seconds before landing and the tiny craft crash-landed. It was probably the biggest success because it galvanized US$100m in VC funding for this mega-project to take off.

Electron offers a unique solution based on an infrastructure of cells embedded in roads that transmit energy wirelessly to the vehicle while traveling. It eliminates the need for charging stations for electric vehicles.

Vayyar helps detect when an elderly or ailing person falls in his/her home, and sends out an alert to caregivers without using cameras.

StoreDot can charge a lithium-ion battery for phones or electric vehicles in 5min.

Keepers, another startup, can identify all incoming/outgoing messages on a child’s device from all social networks and report any irregular event to the parent in real time.

Argus aims to protect vehicles from cyberattacks by installing multi-layered solutions inside the vehicle and on the cloud to help automakers prevent and respond to attacks.

“During the visit to the Peres Center for Peace & Innovation, many of the participants were awe-struck and thanked us for the exposure and allowing them to witness the potential of making this world a better place by leveraging tech for good,” CIOAA’s CEO Mr P Ramakrishna said. “CIO Academy is also constantly innovating the art of experiential learning with tech practitioners and startups.”

Reinventing the DNA of the Future Workplace